This thesis deals about on-surface chemistry, one of the most powerful bottom-up approaches employed in nanotechnology to assemble molecular networks, and driving to a modification of the structure and the electronic properties of the deposited organic molecules.  A subject of fundamental relevance and technological importance.

In the experimental work of the thesis, different organic molecule-metal systems have been grown and analysed in depth with Ultra High Vacuum surface science techniques, as STM and XPS. The work concerns two different aspects of this subject, namely the effect of the surface of transition metals on certain hetero-aromatic molecules, and the effect of a specific molecule (the fullerene) on the surface of a metal (platinum). 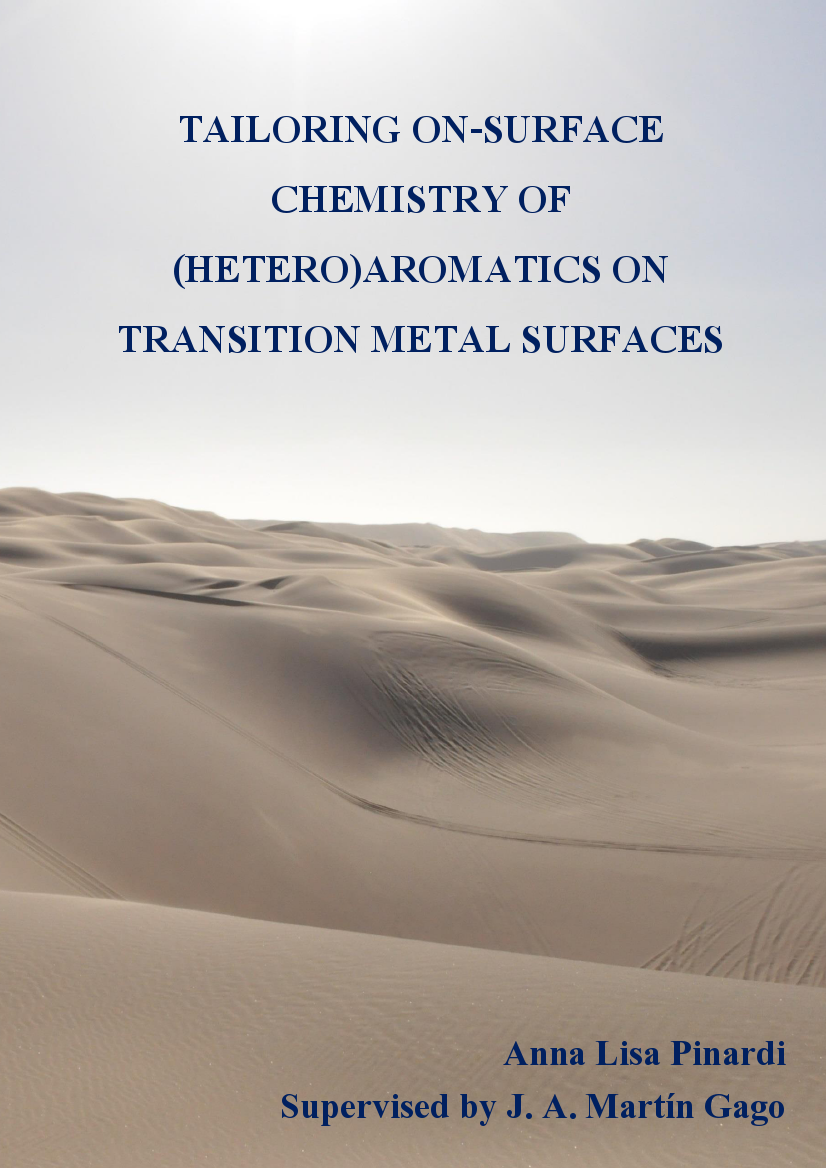 In particular, two Polycyclic Aromatic Hydrocarbons have been deposited on different metals, and have been shown to undergo (cyclo)dehydrogenation upon annealing. An important aspect of the interaction between a large organic molecule and a metal is surface diffusion. On a highly reactive surface such as Pt(111), the molecules do not diffuse. Hence for low surface coverage, the molecules are not allowed to interact with each other and they cyclodehydrogenate and transform into a «zero-dimensional» different molecule. On weakly reactive surfaces such as Au(111), the molecules diffuse and are allowed to ‘meet’ each other, hence forming one-dimensional networks upon dehydrogenation.

The design of the precursor is crucial for achieving the desired outcome. The combination of spectroscopic and microscopic techniques is especially fine to unveil the structural and electronic modifications of the systems discussed in the thesis. By means of on-surface (cyclo)dehydrogenation of the correct precursors we have been able to form N-doped nanographene, nanodomes, triazafullerenes and N-doped graphene.

This thesis also focuses on the mechanisms of formation of the atomic vacancy on the Pt(111) surface induced by the fullerene. With a combination of various techniques we show that the weakly absorbed molecule undergoes a phase transition to a chemisorbed state, passing through a metastable state in which charge is transferred to the molecule via the formation of an adatom-vacancy pair.

The pdf version is available in this link