The interaction of atomic carbon and acetylene investigated with STARDUST (Astrophys. J. 2020) 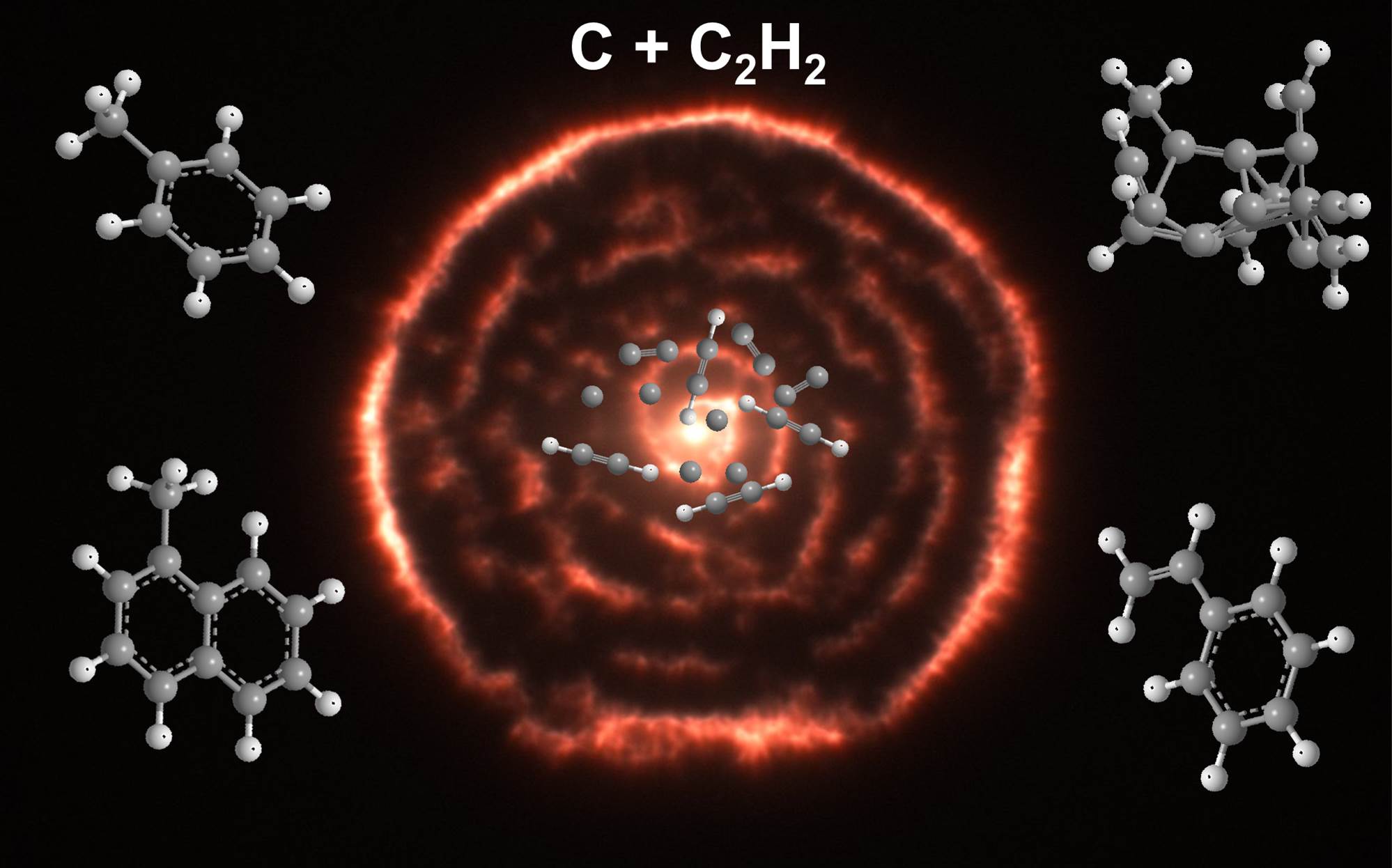 The formation of interstellar carbon dust in dying stars is still not fully understood. In particular, the interaction of atomic carbon with the most abundant chemical species in the atmosphere of red giants needs to be thoroughly explored. Thanks to the unique capabilities of the Stardust machine, a worldwide unique UHV experimental station designed to simulate cosmic-dust formation and processing in the circumstellar regions of evolved stars, we have succeeded in studying the chemistry of atomic carbon with acetylene. Acetylene is the most abundant hydrocarbon in evolved stars and therefore actively participates in the chemistry of the outer layers of the atmosphere of red giants. We have found that, as a direct consequence of the addition of atomic carbon into the system, the chemistry leads to the formation of pure and hydrogenated carbon clusters as well as aromatics with aliphatic substitutions such as toluene or styrene. In addition, the species detected in gas phase incorporated into nanometric sized dust analogues, comprised of a complex mixture of hydrocarbons in sp, sp2 and sp3 with amorphous morphology. Our work helps in understanding how molecular complexity settles in space.