One of the most important research lines carried out by the ESISNA group is devoted to the characterization by the most advanced Surface Science techniques of the deposition of organic molecules on metal and metal oxide surfaces towards the formation of new molecular nanoassemblies and other hierarchical nanostructures. Following this line, our group already shown that the deposition of C60 on the rutile TiO2(110)-(1 × 1) surface presents a well-ordered p(5 × 2) surface phase. Very recently, and motivated by this latest work, a step forward has been given and we have identified another crystallographic phase on this surface characterized by a large unit cell containing four C60 molecules. This phase, which exhibits four inequivalent C60 adsorption sites with just two different molecular orientations, is herein explained in terms of an accumulation of the so-called antiphase boundaries. Among the a priori ten possible antiphase boundary domains, only three of them can result in possible long-range structures attending to geometrical and energetic considerations. In order to fully characterize the structure and energetics of this new C60/TiO2(110)-(1 × 1) phase, an adequate combination of STM and accurate density functional theory based calculations, including an efficient self-consistent implementation of the vdW interaction, has been used. Results suggest that this new phase is the most stable among all the possible antiphase boundary domains. On the other hand, this work rationalizes and enforces the idea of the prevalence of the intermolecular vdW over the molecule–substrate interactions in this particular organic–inorganic interface, which sets TiO2 as an ideal substrate for decoupled systems. 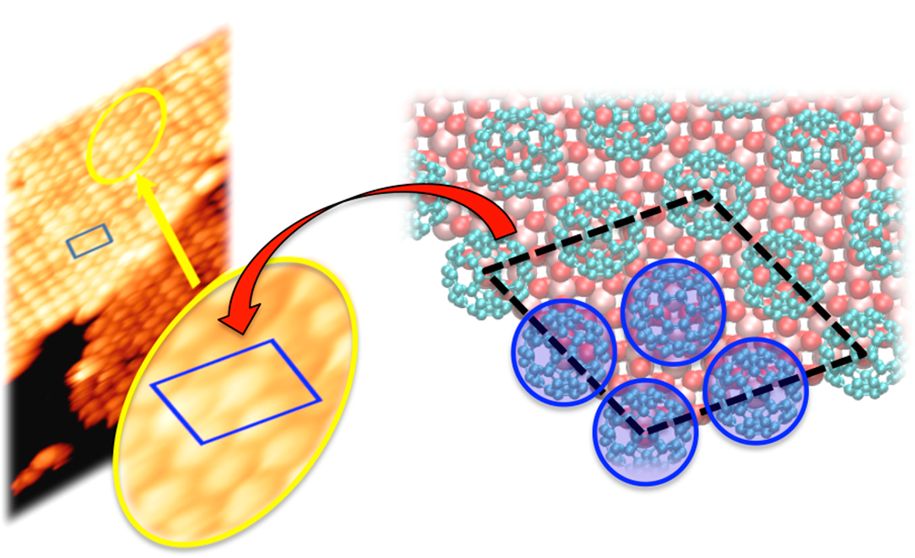