On-surface synthesis is nowadays a promising and potential strategy for the development of novel nanomaterials. This approach allows not only to achieve materials of different dimensionalities such as 0D nanoobjects, 1D nanowires or even 2D networks for diverse applications but also the possibility to manipulate the molecules at the atomic scale to tailor the desired outcomes.

In this third edition of the «On-Surface Synthesis» international workshop (OSS-18), researchers from all over the world presented their most recent studies through different points of view. At these sessions it was highlighted the advances of graphene nanoribbons with their promising applications in electronic devices, biosensoring, as efficient molecular membranes by fusing several nanoribbons, etc. It was a special session dedicated to the success of the synthesis of large acenes as interesting current materials due to their electronic properties. Moreover it was also stand out the possibility to induce new chemical reactions by molecule activation via atomic hydrogen (superhydrogenation) and manipulation through electrons of the STM tip. Using this particular strategy there were also works related with the synthesis of compounds, promoted by thermal treatments, which are not possible to acquire with other synthetic routes. The formation of those compounds occurs thanks to the role of the surface. In this section it has been shown the huge versatility of obtaining different kinds of materials through the Ullmann coupling reaction amongst others (see http://oss18.dipc.org/). 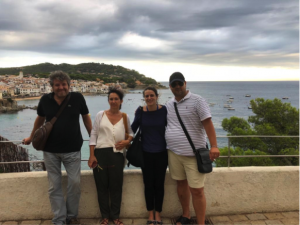 Some of the ESISNA research works have been presented as contributed talks and poster: 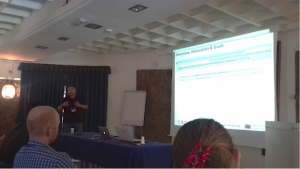 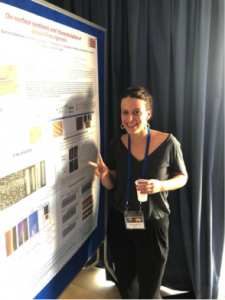 Thanks to the organizers, this scientific meeting took place in a hotel with a beautiful landscape and with the possibility to visit the surrealistic Dali museum. 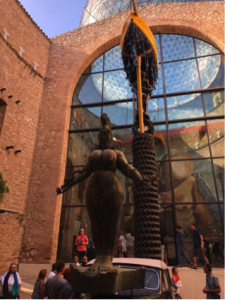 Finally, thanks to the privileged information of J. A. Martín-Gago, one of the nights with high visibility in the sky some participants could see the ISS (International Space Station). 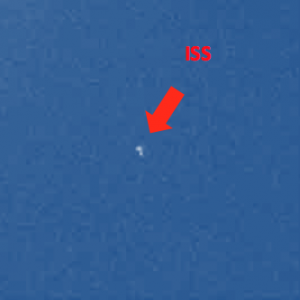