In what follows, we would like to honor those exceptional scientists who taught us to walk our first steps in science. We will be always grateful for their knowledge, dedication, patience and support at our early times as young scientists.  Our wish is to be such inspiring models to our students as they all were for us. Our most sincere gratitude! 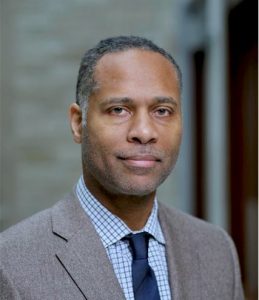 Professor Guillermo A. Ameer is the Daniel Hale Williams Professor of Biomedical Engineering and Surgery in the Biomedical Engineering Department at the McCormick School of Engineering and the Department of Surgery at the Feinberg School of Medicine, Northwestern University (Chicago, IL, USA). He is the founding director of the Center for Advanced Regenerative Engineering (CARE). His research interests include regenerative engineering, biomaterials, additive manufacturing for biomedical devices, controlled drug delivery and bio/nanotechnology for therapeutics and diagnostics. Dr. Ameer’s laboratory pioneered the development and tissue regeneration applications of citrate-based biomaterials (CBB), the core technology behind the innovative bioresorbable orthopaedic tissue fixation devices CITREFIXTM, CITRESPLINETM, and CITRELOCKTM, which have been recently cleared by the FDA of the USA for clinical use and marketed worldwide. CBBs are the first thermoset synthetic polymers used for implantable biodegradable medical devices. Co-founder of several companies, Dr. Ameer has close to 300 publications and conference abstracts and over 55 patents (issued and pending) in 9 countries. His awards include the National Science Foundation CAREER Award, the American Heart Association’s Established Investigator Award, the American Institute of Chemical Engineers (AIChE) Eminent Chemical Engineer Award, the Key to the City of Panama, and the Society for Biomaterials Clemson Award for Contributions to the Literature. He has been just named to the National Academy of Medicine, the highest honors in the fields of health and medicine. 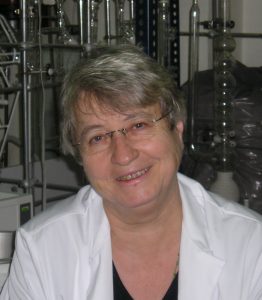 Doctor Teresita González Carreño was a Senior Researcher at the Institute of Materials Science of Madrid at CSIC, Spain. She got her degree in Chemistry in 1970 and her doctorate in 1974 by the University of Salamanca. Then, she moved to the ICMM-CSIC as postdoctoral fellow and got a permanent position in 1981. She won a Ramsay Fellow-T and Royal Society grants at the University of Bradford, UK, from 1983 to 1984, and in short stays in 1986 and 1987. She also received the Fundación Domingo Martínez Award in 1994 and was Head of the Department of Particulate Materials at the ICMM-CSIC during 1995. Her research was focussed on the development of new synthesis routes based on spray pyrolysis for the preparation of nanomaterials for different applications, including biomedicine, environment, photocatalysis and photochemistry. She authored around 50 papers that have received more than 5,000 citations to date.

Professor Kevin O’Grady received a PhD in Physics from The University of Wales in Bangor. He was a junior professor at Loughborough University of Technology and subsequently in the School of Electronic Engineering at Bangor, where he achieved a full professorship. In 2000, Prof. O’Grady relocated to the Physics Department at The University of York, UK. Prof. O’Grady’s work concentrates on magnetization reversal in a wide range of materials, but particularly those finding application in the information storage industry such as magnetic hard disk drives. In his early career, Prof. O’Grady investigated fundamental fine particle magnetism by utilizing colloidal dispersions (ferrofluids) as the medium for study. His current research interests are in the field of materials for hard disks, and also in exchange bias materials where an antiferromagnet is grown in contact with a ferromagnet and is used to pin one layer in a giant magnetoresistance stack in disk drive read sensors. Prof. O’Grady has published over 300 refereed works on the subject of magnetization reversal. He is a former president of the IEEE Magnetics Society and editor of The Journal of Physics D: Applied Physics. He was founder of the York-JEOL Nanocentre, which is an electron microscopy facility, and co-founder of the company Liquids Research Limited in 1990, leading manufacturer of ferrofluids in Bangor, North Wales. 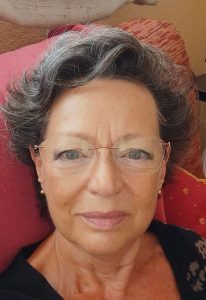 Doctor Raffaella Pagani Balletti received a PhD in Biology from the Universidad Complutense de Madrid (UCM), Spain, and a PhD in Pharmacy from the Universitá degli Studi di Milano, Italy. She carried out scientific stays at the Wellcome Research Laboratories (Beckenham, UK) and the University of Ulm (Germany). Since 1982, she was a Professor at the Biochemistry and Molecular Biology Department of UCM, Spain. Additionally, she devoted major efforts as Adviser for the Vicerrectorado de Estudios para la Convergencia Universitaria Europea at the UCM (2001) and the Programa de Convergencia Europea of the Agencia Nacional de Evaluación de la Calidad y Acreditación (ANECA) and the Agencia de Calidad, Acreditación y Prospectiva de las Universidades de Madrid (ACAP) for over a decade. She was Vice-Dean of Students and International Affairs (1991-1994) and Academic Director for International Relations (1994-1997) at the UCM, Spain, and Vice-Dean of International Affairs and University Extension for the Universidad Rey Juan Carlos, Spain (1996-2000). Since 1997, Prof. Pagani was an ECTS Adviser and Diploma Supplement Promoter. Her main research interests focused on the mechanisms of action of bacterial toxins and the development of novel tissue engineering approaches. Even when retired, she maintains her connection to science as an active member (Académica Correspondiente) of the Royal Academy of Pharmacy of Spain. 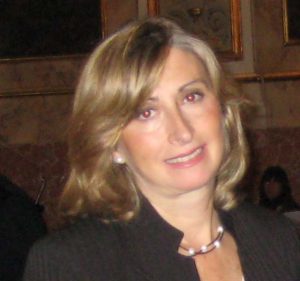 Professor María Teresa Portolés Pérez is a Full Professor of Biochemistry at the Universidad Complutense de Madrid (UCM), Spain. She received an Extraordinary Award in Chemistry (Biochemistry) and a PhD in Biochemistry (cum laude) from UCM. She carried out scientific stays at the School of Medicine of Yale University (New Haven, CT, USA) and Cologne University (Germany), where she learned pioneer techniques that she implemented for her research back in Madrid. She is the Leader of the Cell-biomaterial interactions Group, focused on the study of the specific responses of numerous cell types (e.g. osteoblasts, preosteoblasts, osteoclasts, endothelial progenitor cells, fibroblasts, macrophages, lymphocytes, lung, liver and kidney cells) to different biomaterials (e.g. bioceramics, polymers, composites, graphene derivatives, nanoparticles) for very diverse biomedical applications (e.g. tissue engineering, drug delivery, tumor treatment by hyperthermia, osteoporotic bone treatment, neural regeneration). She actively combines an intensive teaching activity in Biochemistry at the UCM with a leading participation in scientific projects funded from the Spanish Science and Innovation Minister and the European Commission (e.g. Horizon 2020 FET-OPEN Project NeuroStimSpinal). She has co-authored over 100 publications and received more than 2,500 citations (h index = 29). Along these years, she has supervised 6 PhD students and is currently supervising another one. From 2014 to the present, she has obtained the distinction of Excellent from the Vicerrectorado de Calidad of the Universidad Complutense de Madrid (UCM) (DOCENTIA Programme for the Evaluation of the Teaching Activity of the Teaching Staff of the UCM). 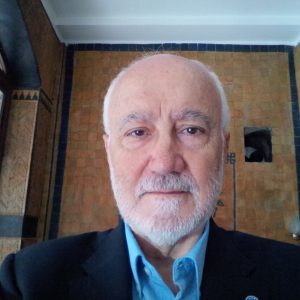 Professor Rafael Rodríguez Clemente is a Research Full Professor ad hororem at the Institute of Environmental Assessment and Water Research of CSIC. He received a PhD in Geology from the Universidad de Barcelona, Spain. He was the leader of the Laboratory of Crystalline Growth at the Institute of Materials Science in Barcelona, Spain, from 1986 to 1997. He served as CSIC Delegate at the Spanish Office for Science and Technology in Brussels (1997-2003) and in the Andalucia Autonomic Region (2003-2007). His research interests have focused on the precipitation, crystalline growth of mono-crystals, thin films, nanomaterials, inorganic materials and biomaterials. In the last 20 years, Prof. Rodríguez has centered most of his activity in Scientific Politics and Management, being coordinator of the European Projects FP6 MELIA and FP7 INCO.Net MIRA and co-coordinator of of the European Project ENPI/2011. Since 2019, he is acting as Coordinator of the Project Jumelage between Spain and Tunisia. In 2014, he was named as Presidency Coordinator for RIS3 in CSIC. He has been principal investigator/participant of 38 research projects and contracts, being 19 of them funded by the European Commision. He has been co-authored of over 170 articles, 10 books, 2 patents and 12 publications in Spanish Press. He  has supervised a total of 11 PhD thesis. 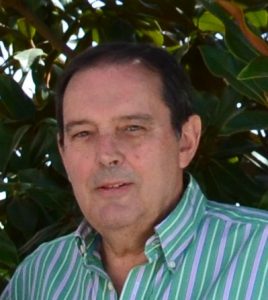 Professor Carlos J. Serna Pereda was a Research Professor at the Institute of Materials Science of Madrid from CSIC, Spain. Carlos Serna got his degree in Chemistry in 1970 by the University of Granada and the Doctor degree in 1974 by the Universidad Complutense of Madrid. He got a Fulbright Fellow grant at the Universities of Michigan and Purdue, USA (1975-1976) and work as research assistant at the same university (1977). Then, he got a permanent position as senior research scientist at the CSIC in 1980 and as Full Professor in 1985.  Prof. Serna published around 175 papers that received over 20,000 citations (h index = 74). His main research interests were the preparation and colloidal properties of uniform particles (monodispersed), mechanisms of formation of particles in solution and magnetic and optical properties of nanoparticles. He was the scientific coordinator of the Materials Science area for CSIC (1992-1994), member of the Commission of the Materials Science Area for CSIC (1996-1998) and Head of the Department Particulate Materials at the ICMM-CSIC (1996-1998). He supervised over 10 PhD theses and received the Fundación Domingo Martínez Award in 1995.