Inicio Sin categoría Unveiling the structural and electronic properties of epitaxial graphene superstructures on Pt(111): the role of the pinning points

Unveiling the structural and electronic properties of epitaxial graphene superstructures on Pt(111): the role of the pinning points

Graphene growth on metal surfaces is one of the most promising routes towards scalable production of high-quality graphene suitable for industrial applications. Conventionally, the growth of graphene is carried out on weakly interacting surfaces – typically Cu foils – where the substrate plays a double role: first, as a catalyst; and second, as an easy-to-remove platform. Several substrates are routinely used in the search for high-quality free-standing graphene single layers, among which transition metal (TM) surfaces are the most widely used materials. Of particular interest is the growth of graphene on single crystal TM surfaces, as it normally forms large, extended and faultless domains, that has become an incomparable working bench where testing the effect of electronic doping on different properties, such as molecular adsorption, intercalation reactivity or growth. Nevertheless, the intrinsic mechanism underlying their formation and the electronic behavior of these domains still remains unveiled. In the present work we analyze the nature of the graphene-substrate interaction for several Moiré superstructures appearing for Gr/Pt(111) by using an adequate combination of local UHV-STM experiments and first-principles calculations, accounting for an accurate – given the high amount of atoms involved in some of the calculations – van der Waals (vdW) interaction, and an efficient STM-imaging approach. The periodic supercells of the selected superstructures, based on the most representative Moiré domains reported in previous literature, were adjusted to the most stable μ, ζ, ε, β and ζ Gr/Pt Moiré superstructures. For all reported Moirés the system relaxes inducing a non-negligible atomic corrugation both, at the graphene and at the outermost platinum layer. Interestingly, a mirror anti-Moiré reconstruction appears at the substrate, giving rise to the emergence of pinning-points that are responsible for the development of a particular Moiré. We show that charge from Pt is injected into the graphene, inducing a local n-doping, exclusively at these specific positions, which can be understood as the best coincident atoms between substrate and overlayer for a given rotational angle. 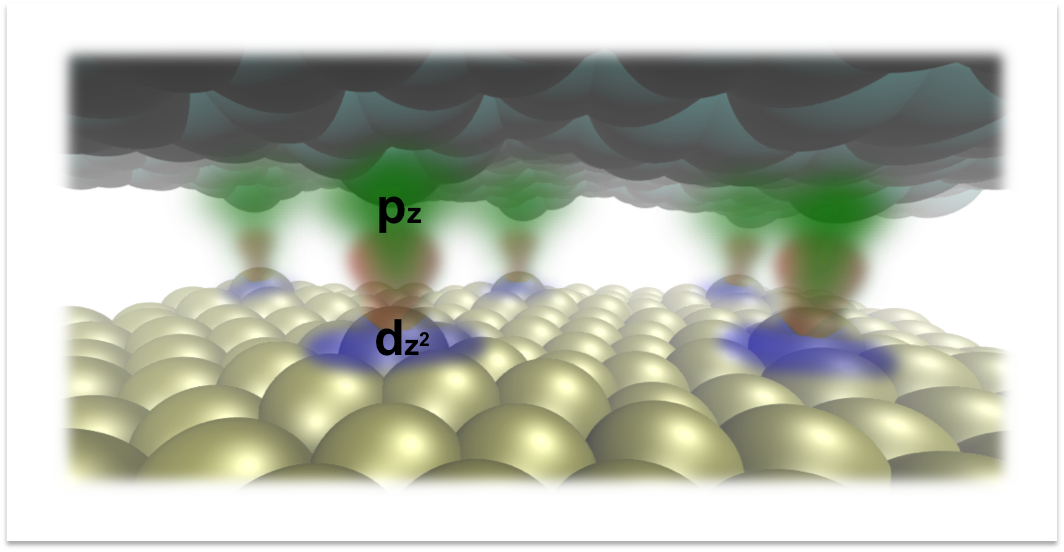 Full text in this link: