On the path to novel magnetic cores: Electromagnetic simulations of amorphous magnetic microwires for inductive applications

The potential of water-quenched amorphous magnetic microwires in magnetic core applications is assessed by electromagnetic simulation performed on microwires incorporated into two configurations: (1) a regular rod inductor and (2) an air-gapped toroidal inductor. Each model utilizes a cylindrical magnetic element of 100 microns in diameter, surrounded by a copper winding element that carries an alternating current at frequency f=100 kHz. These models consider amorphous Fe(Co)SiB microwires specified by their experimentally determined B-H response as well as two benchmark core materials – soft ferrite (MnZn-oxide type) and Metglas(2605SA1). Simulation results indicate that the microwire material exhibits a higher degree of magnetization alignment along its length under the electromagnetic field created by the loop current, relative to the other two cores. The microwire configuration also exhibits improved core inductance by as much as 30% compared to those of the other two materials. These results demonstrate that amorphous magnetic microwires have intriguing potential in inductive applications. 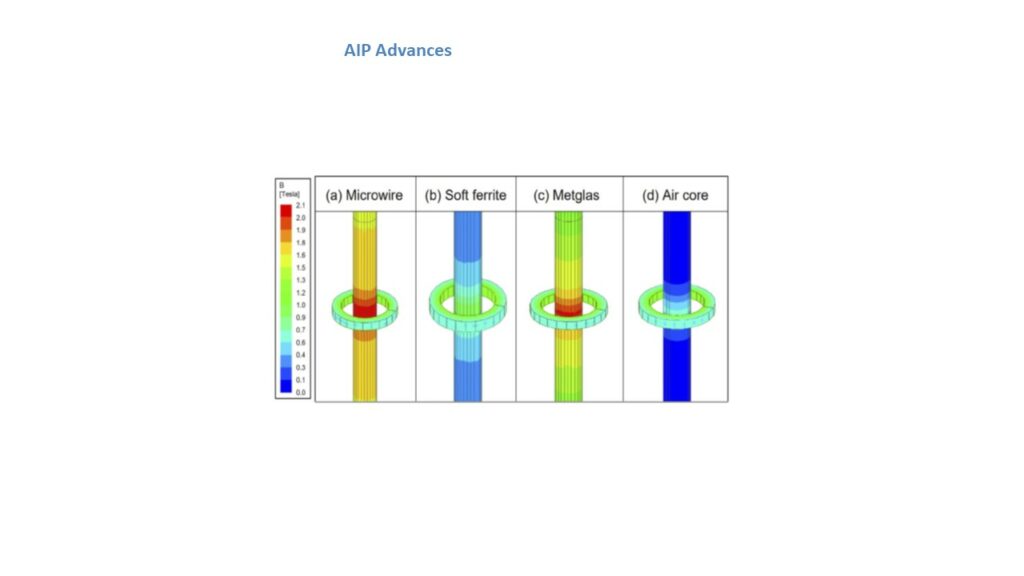 This work is the result of the international collaboration between the group GNMP, ICMM/CSIC and the Northeastern University of Boston, USA. It has been developed within the i-LinkA-20074 project funded by CSIC