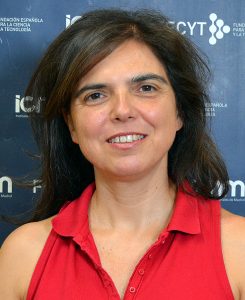 My research interests range from electronic correlations in novel superconductors, like twisted bilayer graphene, to the study of nanostructures (quantum dots, dopants in Si) for quantum computing.

In the past I also worked on the bulk properties of colossal magnetoresistance materials, oxide heterostructures,  Fe based superconductors and diluted magnetic semiconductors. Find a list of my publications here.

I work at ICMM-CSIC since 2007, got tenure on March 2011 and promoted to Senior Scientist in 2022. Previously I spent 3+ years at the Theory  of Condensed Matter group in the Cavendish Laboratory, University of Cambridge, as a Junior Research Fellow of Churchill College, and two years as a research associate at the Condensed Matter Theory Center, University of Maryland.

Since October 2018 I am  a member of the Editorial Board of Physical Review B.

I have been in the management team of “Physics and its applications” at the Agencia Estatal de Investigación (the Spanish funding agency) in the period July 2018 – November 2021.

I was co-chair of CMD2020GEFES online, the merge of European and Spanish Condensed Matter Divisions Scientific meetings, that was held online from August 31st to September 4th. In January 2021 I was elected as member of the EPS-CMD board.

You can also find my publications in: